“Hunger Has No Color” mural 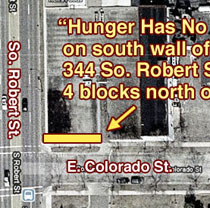 Medium/Materials: Acrylic-latex house paints — used only primer colors dark brown and white. Original intention was to do the underpainting in grayscale and lay transparent washes of color over that (Bistre method). The grayscale painting by itself ended up having a remarkable strength without the addition of color…so we left it that way. That is in contrast to other West Side murals which are typically brightly colored.

Miscellaneous: Commercial offset lithographic prints were made of mural. One is hanging in Neighborhood House.

Restoration work began in mid-September 2010. John Acosta and Richard Schletty are restoring water-damaged areas on the far left side of the hunger mural. We are also giving the entire mural a “fresh-up” to restore sun-faded areas.

Funding for the 2010 restoration of the “Hunger Has No Color” mural is provided by Captain Ken’s Foods, The City of St. Paul Cultural STAR program, and the Riverview Economic Development Association.

The Writing on the Wall
Divining the future of a city one mural at a time
by Keith Harris
published in City Pages: September 12, 2001

A novice in the world of public art, I recently undertook a monthlong survey of as many murals in Minneapolis and St. Paul as my eyes could take in, with just a few guidebooks and the helpful advice of experts guiding my forays. Below are about 20 of the works that stood out, accompanied by a mélange of my impressions, the artists’ commentary, and whatever other material seemed interesting. (Also, City Pages’ David Schimke visits a studio the size of a hangar where a team of Mexican and American artists are creating a mosaic that will go up on a wall in Minneapolis’s Longfellow neighborhood just a few weeks hence.) By the way, I am by no means claiming that these are the “best” murals in the Twin Cities, and just because I omitted a piece doesn’t mean it isn’t noteworthy. So let’s just stop that flurry of letters to the editor starting “How could you overlook the puzzle-like, negative-image lettering on the side of the U of M studio arts building?” and “What kind of idiot would fail to mention Roger Nelson’s work on the Kmart building on Lake Street?” This piece is meant as an introduction, not a conclusion. In any case, these existing murals are now part of the psychological landscape of the Cities…

Tucked away in its own corner of the metropolis, St. Paul’s West Side is, in many ways, a world unto itself. It’s a neighborhood you aren’t likely to stumble across–a place where a green left-turn arrow doesn’t necessarily mean you have the right of way. (When turning left from Concord to State at the five-way intersection at the heart of this district, you’ve got to yield to traffic from George Street–regardless of what it says in your drivers-ed manual.) And it’s a spot whose Latino heritage has been nurtured and revitalized, causing the core to be renamed District del Sol.

Under the purview of the Riverview Economic Development Association, residents and businesses are deliberately cultivating the aesthetic of the neighborhood. Several murals from the Seventies have been repainted. Several others, now badly faded, are being painted over. In the future, REDA intends to place works on those walls that promise maximum longevity for public art.

One of the most striking of the images that remains is a black, white, and gray mural that adorns a food bank just south of the river. Where most murals attempt to dazzle with bright splashes of primaries and pastels, Hunger Has No Color takes its title literally. “All of us had training in classical realism,” explains painter John Acosta. “We wanted to stay in the tradition of the old masters – pictures of our wives and children and some people who actually work for the food bank.” Stark but not grim, the piece has a gritty, photographic feel that is uncommon among the more florid murals of West St. Paul. 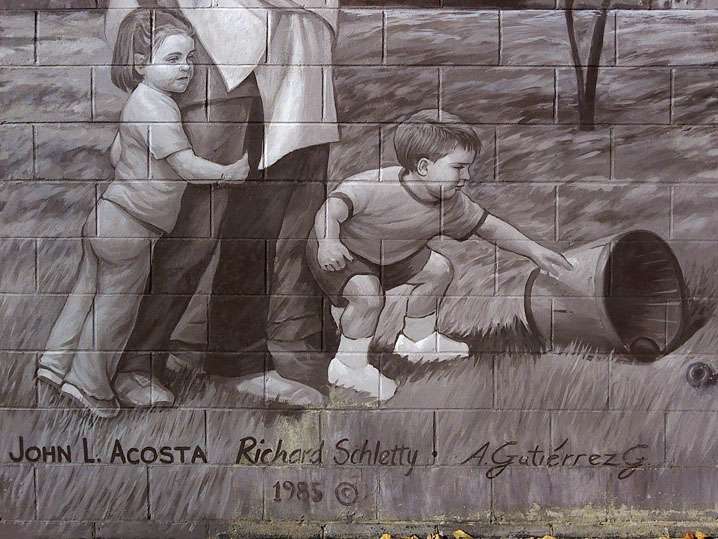 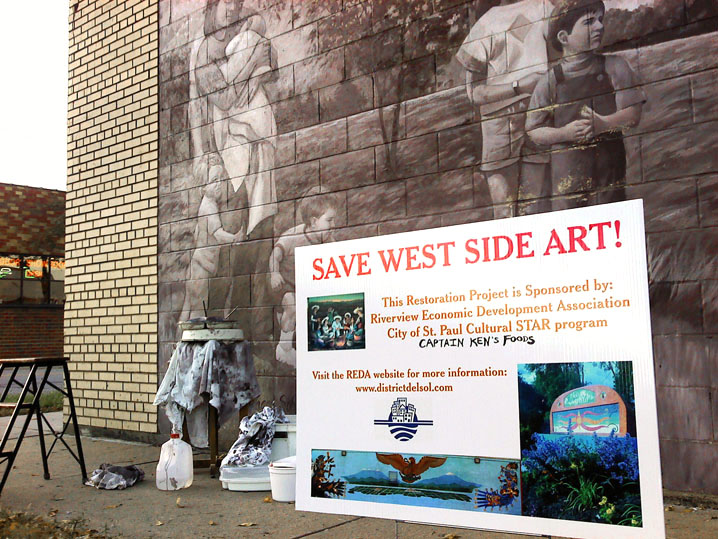 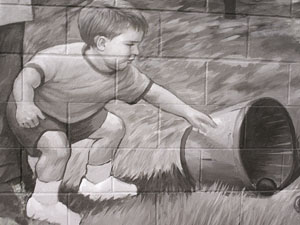 Restoration of boy at basket 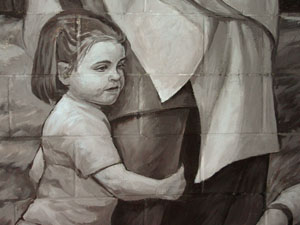 John Acosta and Richard Schletty up against the wall 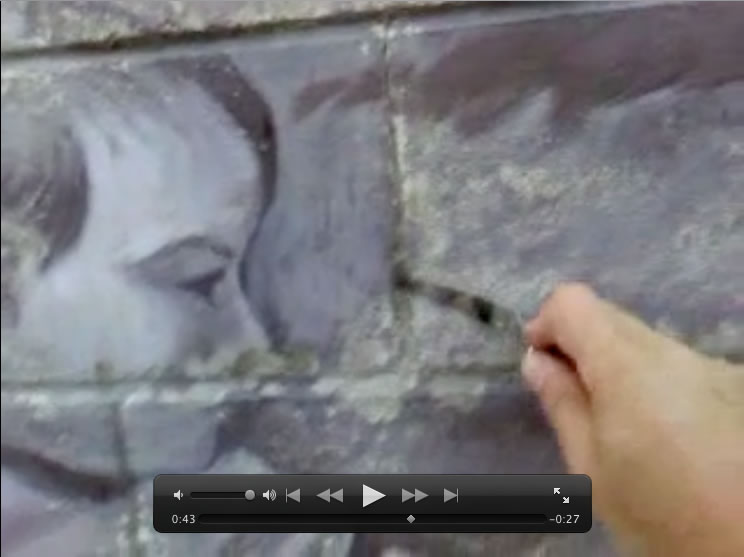 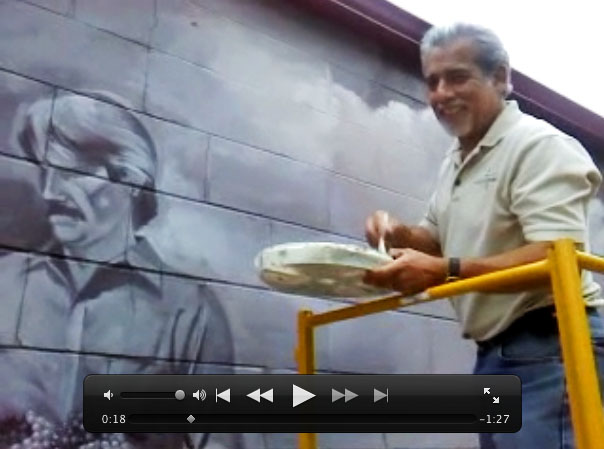 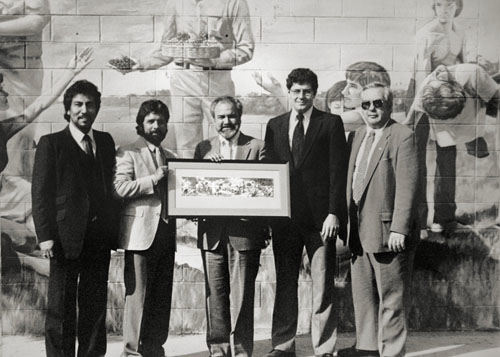 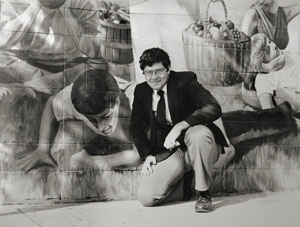 Schletty posing in front of his portrait at 1985 dedication

Send this to a friend